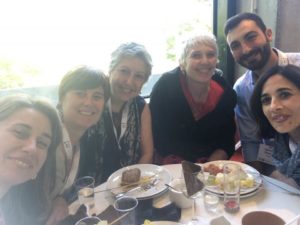 The main panel about Gestalt therapy researches was titled Research challenges in the existential-experiential approach of Gestalt therapy.
It was coordinated by Jan Roubal, with interventions of Madeleine Fogarty (The Gestalt Therapy Fidelity Scale), Pablo Herrera Salinas (Single Case Time Series, a methodology for exploring efficacy and change process in practice-based settings) and Margherita Spagnuolo Lobb (A tool to observe the phenomenology and aesthetics of primary relationships: the dance steps between caregivers and child). They have all presented different  research applications of Gestalt therapy epistemology, which were then discussed by Tomas Rihacek, from the University of Brno. 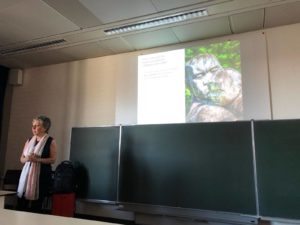 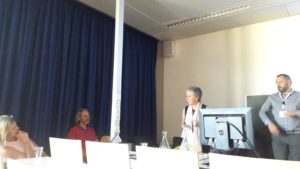 In general, an exciting presence of Gestalt therapists  has been found at the  2018 SPR conference in Amsterdam. About 20 colleagues from all over the world  (including Lituania, Georgia and Poland) have presented their researches or have just participated.

Recent international researches have studied non verbal processes which characterize the good therapeutic alliance. They have found that psychotherapy works well when it supports tendency of the partners to synchronize their languages (words, gestures, bodily movements, voice tone, etc.). Attention to synchronization becomes even more important in treatment of seriously disturbed patients (personality disorders, psychosis, etc.), when verbal language is not sufficient to mediate the therapeutic relationship. The seminar will deal with synchronization in primary relationships,healthy and suffering development, and therapeutic relationship.

Wolfgang Tschacher: “Embodiment and psychotherapy: the therapeutic presence seen from a new perspective”
Margherita Spagnuolo Lobb: “Embodiment and psychopathology: the Gestalt of the experience of the world”
Pietro Cavaleri: “Synchrony in human relationships: the phenomenology of perception, neuroscience and Gestalt therapy”
Michele Cannavò: “Clinical experiences of bodily synchronization through the use of images”
Valeria Rubino: “Body and psychosis: extra-verbal languages between therapist and severe patients”

In the afternoon, experiential and clinical moments based on therapeutic synchrony
Saturday, June 9th, hrs 9.00-17.30  – New Scientific Developments on the Therapeutic SynchronyWolfgang Tschacher: “Therapeutic presence as improvised co-creation: synchronization in clinical practice”
Santo Di Nuovo:“The time of therapy, and in therapy”
Margherita Spagnuolo Lobb: “Caregivers/child synchrony: Research Results”
Antonio Narzisi: “Parents’ synchrony and development of social initiative in pre-school children affetcted by an autistic spectrum disturbance”
Giuseppe Sampognaro: “To meet at the contact boundary: therapeutic experience as a lived synchrony”
In the afternoon, experiential and clinical moments based on therapeutic synchrony
Classical performances at the Greek Theater
The universal themes proposed by the 54th Year of Classical Plays at the Greek Theater in Syracuse will serve as a background for this Conference.
At the end of each day, it will be possible to go to the Greek Theater with a discount on the ticket (www.indafondazione.it)

to know more, write to info@gestalt.it
or go to https://www.gestalt.it/events/convegno-psicopatologia-psicoterapia-rappresentazioni-classsiche-teatro-greco-siracusa-wolfgang-tschacher/ 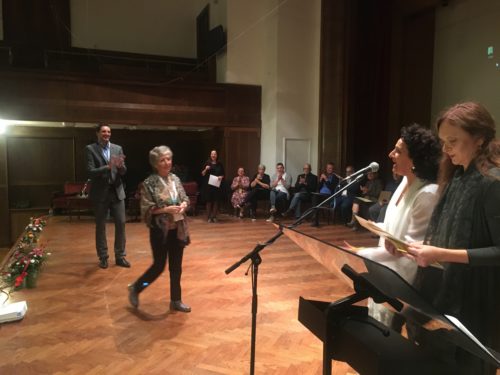 Margherita Spagnuolo Lobb has been key note speaker and has delivered a workshop at the Conference organized by the Serbian Association for Gestalt Therapy, in Belgrade

She has outlined the clinical needs of present society and suggested appropriate developments in Gestalt therapy practise.
She has also offered a fully booked workshop titled: From Losses of Ego-functions to the “Dance Steps” Between a Therapist and a Client


Participans have experimented – with interest and fun – the new clinical instrument of the “dance steps”, which is useful both for phenomenological and aesthetic observation of therapist and client interaction, and for supervision.

The conference was attended by 550 psychotherapists and students, coming from countries of ex-Juogoslavia e from Malta.

It has been a good occasion for some trainers to meet after many years, like in this picture with Jean Marie Robine, Bertram Mueller, Michael Vincent Miller and Margherita Spagnuolo Lobb

We wish Lidjia Pecotic, tireless and generous soul of this event, to continue to support Gestalt therapy in the Balcans and in Malta.

Thank you from the Istituto di Gestalt HCC Italy staff

This site uses technical cookies and third-party to provide certain services. Continuing browsing or viewing of this page will still allow users to use. more info